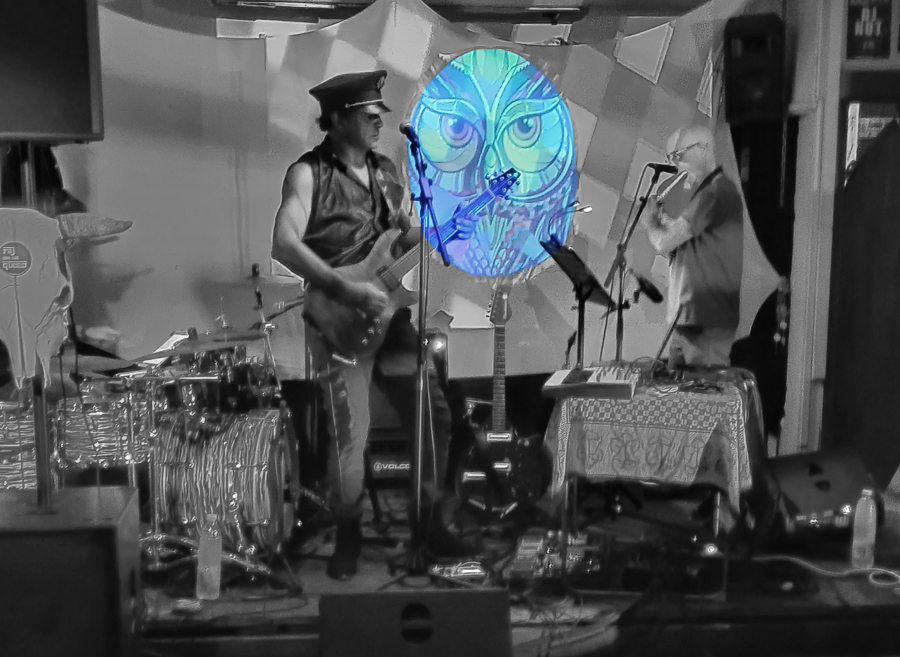 Raj & the Queen was born in 2017 in Reunion Island, the melting pot of the Mascarene islands.

The origin of the band's name comes from an unexpected meeting with the Gypsy people in Pushkar; a small town in northwestern India in the tough desert of Rajasthan.

Raj is the name of a man living with his family in one of the Gypsy camps near Pushkar. To earn money, he divides his time between forbidden rabbit hunting in the desert and playing traditional music shows in well-to-do hotels in Pushkar.

One of the Raj's wishes would be to get back into a nomadic lifestyle as use to do his ancestors. In order to revive the legends of their people, getting back on the road to reach every day ephemeral lands of welcome. This nourishing and charged land of positive energies is what the band calls the Queen.

Raj and the Queen was born !

By the way, the Indian government imposes the settlement of the Gypsy people and lets them glimpse the many appanages of a sedentary life, Raj wish to keep their most valuable property in their eyes: integrity, freedom, beliefs and faith.

The commitment of this people to lead a dissident and free life was one of the source of inspiration for the band.

Broaden horizons, pushing boundaries, multiplying experiences with the visible and invisible energies and accepting the fact that meetings are never mere coincidences. Raj and the Queen explores through its musical and visuals creations the geographic borders of visible and invisible worlds, mixed with chamanic experiments and perception.

Legends set to music (Shangri-La), are closely connected to real characters commemorations (Mata Hari ). Fictitious space exploration stories (Journey through a Black Hole) told in the same way as an aquatic flirt with a mermaid in an emerald-colored lagoon (Mermaid love in blue lagoon ). Pushing the limits of the imaginary through muscial and visual creations is the band's credo.

Some action on stage ! The band sketches a wavy line unfavorable to the stylistic routine, a nod to nuanced musical references (Pink Floyd, Anoushka Shankar, Radio tarifa, The do, Anakronic Elektro Orkestra, ...).

The band will try to share this nomadic energy with :
- Oliv Vict with his voice, guitars and machines
- Luc Joly with his flute and saxophones
- Gérome Geney with his drums
- Léo Lataste with his sound designing